Just like that we hurtling towards mid march! How did that happen? I had lots of things planned for the blog in February including a couple of Valentines themed posts and a Pancake day post. Unfortunately life and responsibilities have a habit of getting in the way! I’ve not had a lot of time to much other than be a mummy and that’s ok, but it does get a little frustrating at times not having any time for myself or being able to sit down and do some sewing.

All is not lost though, I have managed some stitching, including February’s Happily Ever After block. The story was Heidi and a real joy to stitch. It was just shortly after finishing that, that some personal things came up and got in the way of doing anything else.

Now that I’m starting to adjust to my new current circumstances, I’ve managed to squeeze in a bit more sewing, which has been a welcome relief! I think my love of hexies is well documented on the blog and yet it has been quite a while since I last did any. 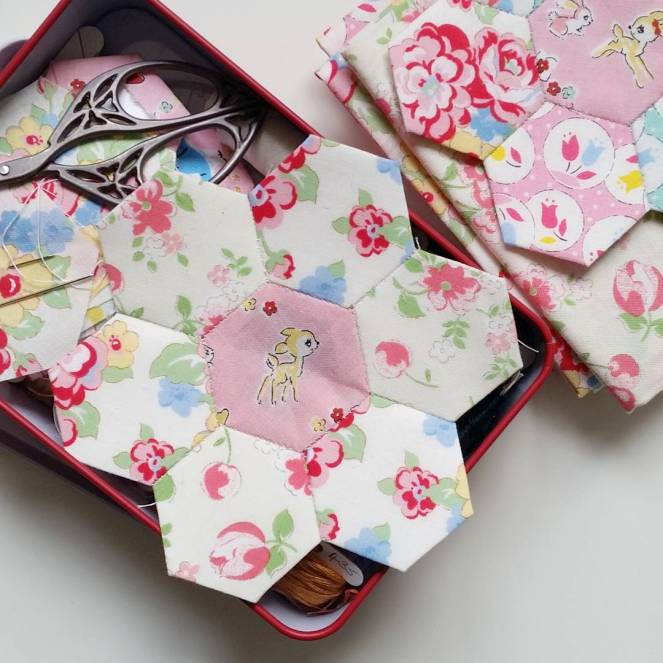 I’m not sure what they will become yet, I am just enjoying the process, it will probably be something for Mabel though!