Sundays are always a perfect day for baking. I was in the middle of making the wedding invites when the Mr put the F1 on. I knew it was time to take a break and disappear off into the kitchen!!

I wasn’t entirely sure what to bake, I bought a new traybake tin the other day so thought it would be good to give it a try.  I couldn’t decide between vanilla or chocolate so I went with both :) 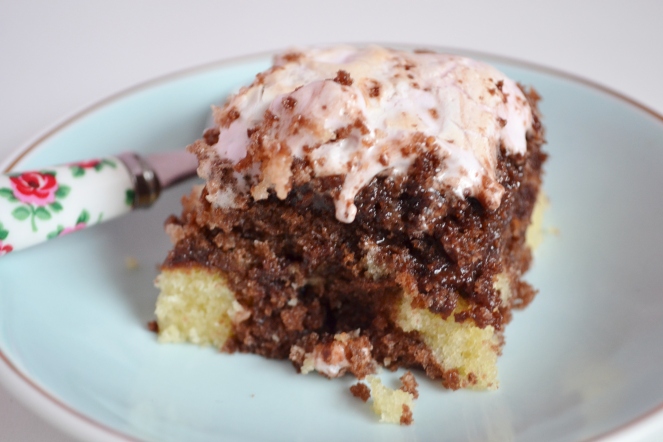 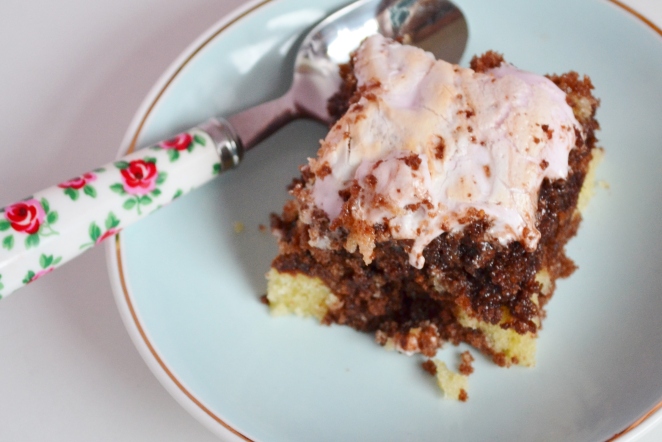 So I sort of made this up as I went along, lol.  I thought it would be fun to add some fudge chunks to the chocolate cake batter which turned out to be not such a good idea as most of them sank to the bottom and stuck to the baking parchment :/

Once the cake was cool, I halved it through the middle and filled with a chocolate fudge frosting. And then well this is where I think I went a bit too far. On the top I put another layer of frosting and then melted marshmallows over the top under the grill. The result was yummy but way too sickly sweet.  It would work as a pud with a bit of ice cream but for me and the Mr it was too much so I needed to rectify it quickly before it was another bake destined for the bin. In the end I scraped off the melted marshmallow. 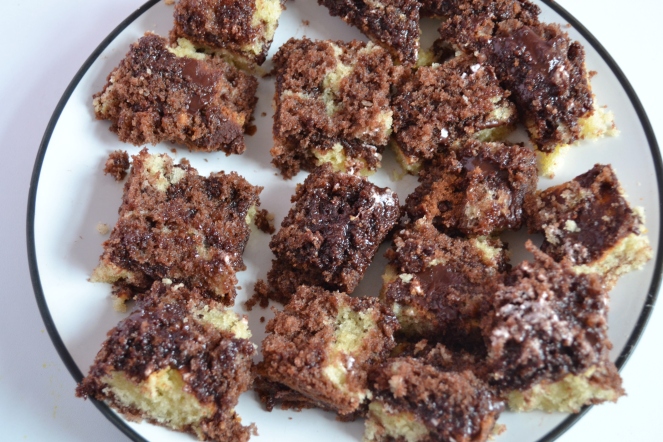 As you can see where I scraped the marshmallow off it took some of the first layer of cake, so the top is a sort of cakey frosting mix. I know it doesn’t look pretty but it did taste good. We still have the melted marshmallow on the side that is gradually being nibbled :)